The Peopleâ€™s National Congress Reform (PNCR) Headquarters was the scene of a lively and spirited Concert on Friday 19th December 2014. The air was filled with Christmas cheer, songs, dances and spoken word, as the Party held its annual Yuletide celebration, â€œChristmas at Congress Placeâ€. The event attracted a wide cross-section of citizens including A Partnership for National Unity (APNU) Members of Parliament, members of the Diplomatic Corps, the Private Sector Commission, Regional Democratic Councilors from surrounding regions and members of the PNCR. END_OF_DOCUMENT_TOKEN_TO_BE_REPLACED

On Saturday 13th December 2014, the Sophia Literacy Project held their annual Children’s Christmas Party at Congress Place, Sophia. Over one hundred and fifty children were provided entertainment by singing carols, playing and dancing to music provided.

Leader of the People’s National Congress Reform (PNCR), Brigadier David Granger addressed the children and wished them all a Merry Christmas and a bright and successful New Year.

Coordinator of the Sophia Literacy Programme, Mrs. Carol Corbin along with Brigadier Granger and the General Secretary of the Party, Mr. Oscar Clarke joined with other members of the Executive in serving the children and distributing Christmas gifts to them. 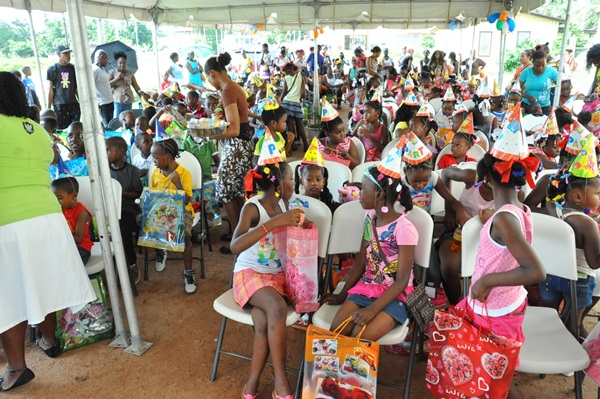 During this festive season of goodwill and joy, the Leader of the Peopleâ€™s National Congress Reform, Brigadier David Granger and other members of the Party travelled to several regions and visited communities to bring Christmas cheer to children. Brigadier Granger launched his Christmas Outreach Programme on Sunday 7th December 2014 with a visit to Aberdeen, Essequibo River, Pomeroon-Supenaam Region (RegionÂ  No. 2). The team travelled by boat to Aberdeen where the leader was welcomed by over two hundred children, parents and Party supporters for a children Christmas party. Brigadier Granger lifted the spirits of the children of that riverain community as he and his team distributed toys to all who were present. END_OF_DOCUMENT_TOKEN_TO_BE_REPLACED 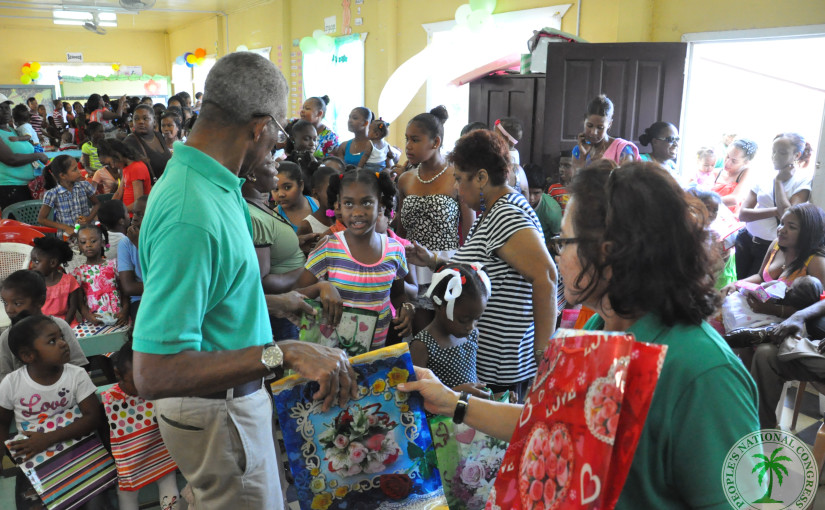 The Christmas party, which was organised by the Regional Chairman of Region No. 7, Mr. Gordon Bradford, was held at Two Miles Primary School. Over three hundred and fifty children participated where they were all treated to toys, lots of food and drinks and had a wonderful day.

It was a rollicking time for the children with the Leader and his team.Â