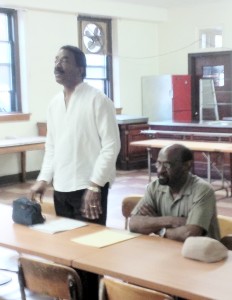 During a lively and interactive session, the Party Chairman brought Party members and supporters up to date on the several internal party matters and also matters of national importance. The oppositionâ€™s position on the Anti-Money Laundering and Countering the Financing of Terrorism Amendment Bill along with a detailed brief of the Commission of Inquiry into the death of Dr. Walter Rodney took centre stage. The Town Hall also discussed matter pertaining to the work of the Party in the Diaspora and the upcoming 18th Biennial Delegates Congress of the PNCR.

The proceedings were chaired by Mr. Ovid Morrison, Chairman of the PNCR North American Region (NAR).