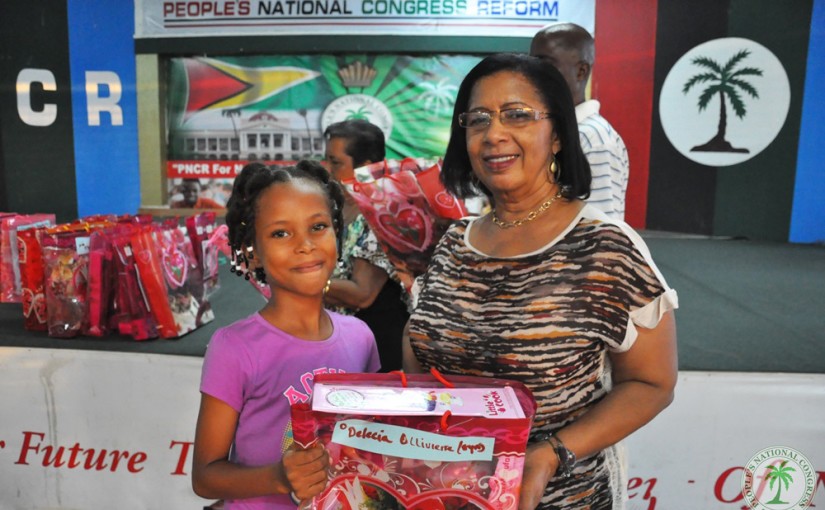 On Saturday 13th December 2014, the Sophia Literacy Project held their annual Children’s Christmas Party at Congress Place, Sophia. Over one hundred and fifty children were provided entertainment by singing carols, playing and dancing to music provided.

Leader of the People’s National Congress Reform (PNCR), Brigadier David Granger addressed the children and wished them all a Merry Christmas and a bright and successful New Year.

Coordinator of the Sophia Literacy Programme, Mrs. Carol Corbin along with Brigadier Granger and the General Secretary of the Party, Mr. Oscar Clarke joined with other members of the Executive in serving the children and distributing Christmas gifts to them.