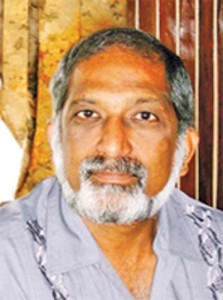 The People’s National Congress Reform expresses its sympathy at the death of Mr. Navin Chandarpal, former Minister of Agriculture and Presidential Advisor in the People’s Progressive Party/Civic (PPP/C) Administration.

The Central Executive Committee and members of the PNCR extend sincere condolences to Mrs. Indra Chandarpal, M.P., and other relatives and friends of Mr. Chandarpal.

Mr. Navin Chandarpalâ€™s passing is a great loss to his party, the People’s Progressive Party (PPP).