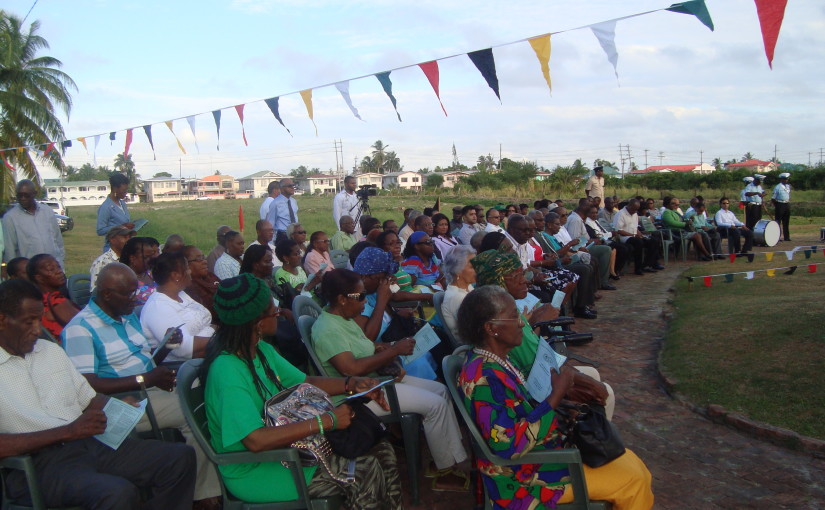 The Peopleâ€™s National Congress Reform celebrates its 58th Anniversary on Monday 5th October 2015. A Flag-raising ceremony and Breakfast were held at the Partyâ€™s Headquarters, Congress Place, Sophia. Party members, stalwarts, Ministers of the Government and special invitees were present. The Anniversary Statement was delivered by the Leader of the Party and President of the Co-operative Republic of Guyana, H.E. David A. Granger.

President Granger said that the Party today â€œcelebrates the 58th anniversary of its founding by recalling our founderâ€™s deep commitment to creating the conditions to allow our country to co-exist peacefully with its neighbours in the Caribbean and on our borders on the continent of South America.â€ He said that, â€œThe PNCR has never forgotten its duty to actualise the vision of our nationâ€™s founders by continuing their work to live in peace with our neighbours, to safeguard our territory, to protect our people and to provide â€˜â€¦a good life for all.â€™ Our people today want to live in peace and safety.â€

The Party Leader also said that on its 58th Anniversary, the Party renews its commitment to continue to work through A Partnership for National Unity + the Alliance For Change Coalition to remove all obstacles to regional peace and stability. That the PNCR will never resile from its duty to work with any nation or international organization in order to achieve the ideal of forging greater integration and cooperation among all the people of this hemisphere.