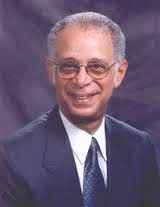 A prolific and clear writer on a broad range of subjects, mainly of an economic nature, ensured that when he died at the age of 72 in the Republic of Cuba he had left an impressive body of academic and political work. He was one of the Caribbeanâ€™s most gifted sons.

But Professor Girvan and his co-workers in the field of Caribbean economics did not confine their activities to the classroom. It was an article of faith with them that the Caribbean should be integrated and they worked hard to bring this about. Indeed, Professor Girvan spent most of his earthly existence writing and thinking about Caribbean unity. It is an indication of the high regard in which he was held by the Caribbean Heads of State that he was asked to produce a strategic report on the single market and economy, â€œTowards a Single Development Vision and the Role of the Single Economy,â€ which was proof of Girvanâ€™s intellectual rigor and his ardent desire to see the Caribbean united. It was adopted by the Twenty-Eighth Meeting of the Conference of Heads of Government held in Barbados in 2007.

Professor Girvan enjoyed a fruitful relationship with Guyana and Guyanese. He was well known to the Guyanese intellectual community and visited this country in the 1970â€™s during the period when the nationalization of the bauxite industry was the dominating idea. He was called upon to offer his advice and did so in the most competent and efficient manner. In 2010, he was appointed as the UN Secretary Generalâ€™s personal representative on the border controversy between Guyana and Venezuela.

To his sorrowing wife, relatives, friends and the Government of Jamaica, the PNCR offers sincere and heartfelt condolences.