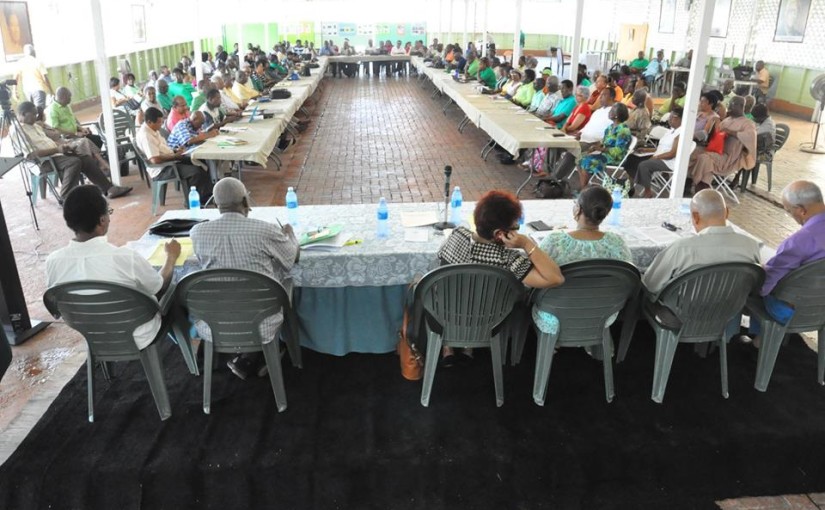 The Peopleâ€™s National Congress Reform (PNCR) on Saturday 31st January 2015, held its first General Council meeting for 2015. General Council held under the theme, â€œPNCR for National Unity, Good Governance and Developmentâ€, was chaired by the Party Chairman, Mr. Basil Williams.Â  In his welcome and introductory remarks, the Party Chairman reminded council members that it was just 100 days to the 11th May General and Regional Elections. Mr. Williams iterated that the Peopleâ€™s Progressive Party/Civic (PPP/C) was a rogue Government, the PPP was a lawless government; a government that does not recognize the separation of powers; â€œwhat we have in Guyana is an Executive Dictatorshipâ€.

A minute of silence was observed for Party stalwarts, including the late Dr. Faith Harding, who had passed away in the period between General Councils.Â  The General Secretaryâ€™s report was presented by Ms. Amna Ally, Assistant General Secretary of the PNCR. Ms. Ally brought General Council up to date with the state of the Party and its readiness to contest the upcoming General and Regional Elections. The Assistant General Secretary said that the Partyâ€™s operations in all ten administrative regions of the country are poised and ready for the task ahead. 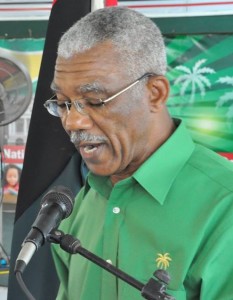 The feature address was delivered by Leader of the PNCR, Brigadier David Granger. In his address, Brigadier Granger said that Guyanese were looking to A Partnership for National Unity (APNU) for change. He said that â€œwithout the APNU there will be more crime, more drop-outs, more unemployment, more murders, more wastage of state-funds, more strikes more poverty, more street children. That is why we must win. The PPP must go and must go by the 12th May, so that Guyanese can wake up to a new Government.â€

Brigadier Granger said that the Party has recognized 2015 as the year of democratic renewal. He said that an APNU administration will restore to Guyanese the right to elect their own local leaders by holding local government elections. Brigadier Granger said the PNCR was committed to strengthening the Partnership (APNU) and that â€œthe PNCR is committed to ending winner take all politics, shared governance is what is needed to move Guyana forward.â€ The Party Leader called on the General Council, all Party members, supporters, and donors to come out and support APNU, â€œnothing is more important than removing the PPP/C from office.â€

The PNCR General Council passed a Resolution in support of Brigadier David Grangerâ€™s leadership of the PNCR and as APNUâ€™s Presidential Candidate for the 2015 General and Regional Elections.

After a lively plenary discussion, the second session was chaired by the Partyâ€™s Vice Chairman, Ms. Volda Lawrence. This session was dedicated to planning for the May 11th General and Regional Elections.

General Council concluded with a summation and charge which was given by the Party Leader, Brigadier David Granger.