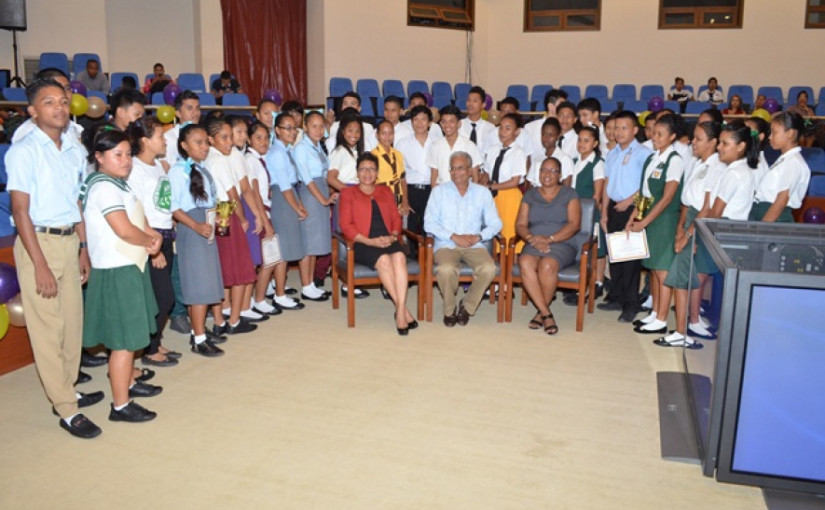 It is clear that the General Secretary of the Peopleâ€™s Progressive Party (PPP), Mr. Clement Rohee is either a poor student of history or uneducated on matter pertaining to Hinterland Development and especially the Hinterland Scholarship Programme. In a Page 11 article in Kaieteur News on July 8, 2015, â€œNew Govâ€™t. only pretending to care about Guyanaâ€™s youth – PPPâ€, Mr. Rohee is quoted as saying; â€œscant regard was given to the fact that the Hinterland Scholarship Programme is one of the flagship initiatives of the PPP administrationâ€.

The Peopleâ€™s National Congress Reform (PNCR) want to remind Mr. Rohee that the Hinterland Scholarship Programme was established by the PNC.Â  It was the PNC in government that initiated a progressive education policy for the indigenous people of Guyana. It was the PNC in government that established the policy of taking secondary education to the hinterland and the indigenous people, rather than forcing them to leave their families and communities to study on the coastland.

It was the PNC administration that expanded primary education by building schools in the Aranaputa Valley and Monkey Mountain, partly through self-help. He said that 11 new government-aided, all-age schools were built at Konashen, Maruranau, St Ignatius, Sand Creek, Toka and Yakarinta in the Rupununi; Kamarang in the Cuyuni-Mazaruni Region; Baramita, Matthewâ€™s Ridge, Port Kaituma, Kwebanna, and Waramuri in the Barima-Waini; and Orealla in the East Berbice-Corentyne Region; there were 92 primary schools in indigenous communities by 1968, a great improvement from what the PPP bequeathed in 1964.

It was the PNC in government that established the five-year Hinterland scholarship programme for selected students, which funded tuition, allowances to buy books and clothing and return passages to their homes during the Christmas and August holidays.

It is indeed ridiculous that the PPP General Secretary hypocritically criticized A Partnership for National Unity + Alliance For Change (APNU+AFC) Government on matter pertaining to Youth, knowing full well that the PPP in government (over two decades) failed to establish a National Youth Policy. Instead the PPP chose to create a number of â€œso-calledâ€ youth programmes that failed to address the critical issues facing the youth of the nation.Â  While in government, the PPP failed to consult with the necessary stakeholder and youth leaders and instead proceeded to implement a number of youth initiatives; PYARG, YEST, YEAP, NTPYE, PYCI, CSP, all of which failed.

It is commendable that the new administration has chosen to consult with the stakeholders and representatives of the nationâ€™s youth prior to crafting a comprehensive National Youth Policy.